It seems to be the month of new upgrades: Windows 8.1 was recently released, as was Ubuntu 13.10, with OS X Maverix and Android Kit-Kat soon to be released. With all of these wonderful new systems, I decided to take the liberty to try the ones I could. So here it is, my review of Ubuntu 13.10.

Out of the box differences 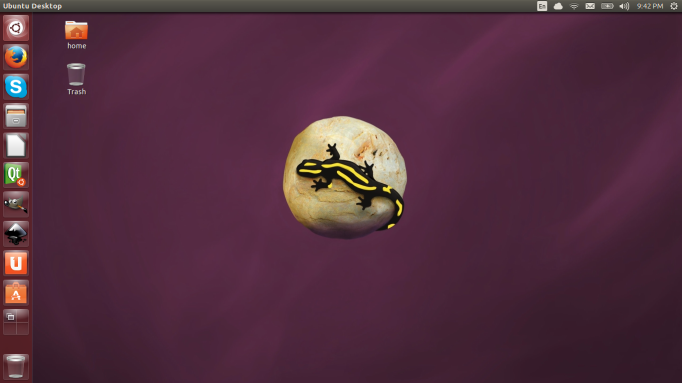 Ubuntu 13.10, the update to a pretty great Linux distro.

The new features in Ubuntu 13.10 are fairly minimal. The Mir window server was delayed, but the long-awaited “Smart Scopes” feature has arrived.

So, how are Smart Scopes?

Smart Scopes in all its resourceful glory.

Smart Scopes is 13.10’s best and worst feature. The good thing is, you can search people, products, pictures, from many, MANY different sources all from your home lens. If you need to find out the age of a certain actor, the latitude and longitude of a city, or an animal’s biome, the new Smart Scopes feature makes it easy.

This feature is great for bloggers (like me) and students that need a quick fact or two, as well as a source to trace that back to. You can also use it to hunt images, posts, and people on social networks like Flickr and Facebook. Among some of the other sources are eBay, Amazon, SoundCloud, Picassa, Reddit, and deviantART.

But the issue with Smart Scopes is when I’m not searching the internet. Looking up a file on the computer brings headaches with all the usually unrelated sources from all sorts of websites…it seriously ruins the Dash experience. I wouldn’t count out Smart Scopes yet, though. It’s worth putting up with the headaches and praying for Canonical to improve it. (EDIT: You can turn off Smart Scopes, which I realized a little late.)

What else is new?

There are a lot more desktop wallpaper choices, and maybe it’s just me, but I’ve noticed some MAJOR speed improvements with Ubuntu 13.10 as opposed to other versions of Ubuntu. Shutdown works in the blink of an eye, boot only takes seconds. But there’s always that occasional “Ubuntu experienced an internal error.” that comes up. Otherwise, there are no new features that I can find. 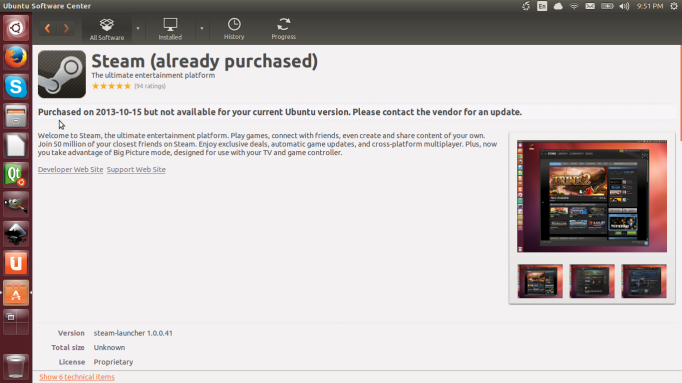 As far as I know, don’t expect to run Steam on Ubuntu yet. Right now, Steam is unavailable, so if you’re one of those rare Linux gamers, you should holdup on the update until Steam is updated for 13.10.

Is it a worthy upgrade?

It’s a good upgrade, but it’s one that’s okay to skip. There are few new features, and the Smart Scopes is still in its infancy. But before you go and download the ISO image, realize that it doesn’t hurt to wait. Look at it this way: by 14.04, Scopes will be refined, there will be even more performance, and hey, I think it’ll have Mir.

Thanks for tuning in for this post of TimTalk! Hit the like button below for more posts like this, or leave me a comment to help me improve my blog. Or you can email me at timothy_linux@outlook.com. Thanks for reading.